Rachel Jury of Rocking2Stomas.co.uk and her blog.

My name is Rachel, and I am a 31-year-old woman from the UK who has been ill now for 10 years. I am a proud double ostomate with a permanent urostomy and ileostomy! It has been a journey, to say the least not just physically but emotionally, mentally and spiritually. I have gone through stages of hopelessness, feeling lost, alone and in self-pity. To now finding gratitude for my illness, helping others and building a career based on my experiences.

It all began 10 years ago in 2008 when I was in my third year of university training to be a Therapy Radiographer treating cancer patients. I contracted campylobacteriosis from already cooked chicken purchased in a well-known supermarket chain. Little did I know that this moment would be the catalyst that would trigger a chain reaction of multiple organ system failings and the birth of my 2 ostomies. From that day on my life would never be the same.

After 6 months I began to have severe and frequent urinary tract infections (UTIs) I was given multiple antibiotics to clear them, but as soon as I finished the course, I would have the symptoms of another o 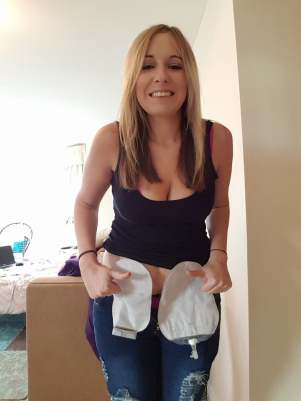 ne. Then one day I was unable to empty my bladder and was in complete retention with horrific pain. The urologist team decided that I needed to start interstitial self-catheterisation (ISC). Well, what an adventure that was! I had to do this twelve times a day while trying to work in a busy department still suffering from the pain, retention and clamping. During lunch time I frantically ran to the urology department for the nurse to catheterise me. After weeks of this, the urology team decided it was time for me to have a urethral catheter. Looking back I cannot believe that I still tried to work running around the department with a bag attached to my leg. It didn’t last long though, and I ended up having to leave, which was such a hard decision. I had worked so hard to get to where I was, but it all seemed to disappear in the blink of an eye. This turned out to be the right decision because things got worse. For some reason, my body did not like the urethral catheter which brought on terrible spasmodic pain that felt like my bladder was giving birth to the catheter. During that period I ended up in A&E roughly every 2-3 months with catheter-induced infections and pain relief.

Eventually, after a couple of years of hell, they gave me a Supra-Pubic Catheter (SPC). This was met with split opinions from doctors, mainly because of my age (22 at the time) and the lack of an accurate diagnosis. In the end, I was entirely at the end of my tether with the pain and always in A&E. I finally had the SPC put in situ which was much easier to cope with, and the pain was slightly better at first. 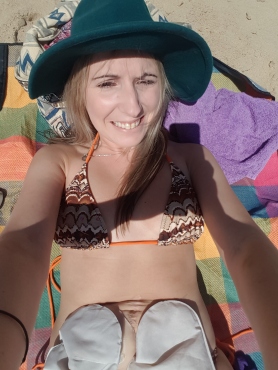 While all these bladder problems were going on my bowel started not to function correctly and fail. It began with severe constipation and the inability for the colon to engage in peristalsis and have a movement. The only way to empty my bowels was with interventions such as laxatives, barium enemas and the Peristeen Irrigation System. As you can imagine at this point, I was very thin at 7 stone, malnourished and in horrific pain because I could not eat, and still, I had no explanation for what was happening to me.

It was eventually decided that I needed an operation to form an Ileostomy. This happened in June 2012 within 2 weeks where ‘Bob’ was born. At first, I struggled to accept the ileostomy. I could see I was feeling better and putting on weight, but this did affect how I viewed my body. 6 months after surgery my stoma prolapsed and it is about 8 inches in length at its worse. I have had 8 refashion surgeries to fix it, however, all have failed, and now surgery is no longer an option so I have learned to live with it.

During that time I still did not have a diagnosis, and the doctors were stumped but later on in 2012 a neurologist got involved and was adamant that it was ‘Autonomic Neuropathy’ He chased the referral to the UK specialist Autonomic Unit at the University College of London Hospital in Central London where I ended up being admitted and having lots of weird and wonderful tests done on me. Eventually, I got the diagnosis that I fitted under the umbrella term of Autonomic Neuropathy similar to Pure Autonomic Failure. The relief I felt, hearing that all of this wasn’t in my head and there was a reason my organs were failing was indescribable. This was short lived when they told me there was nothing they could do and there was no cure. Little did I know then the lack of knowledge the medical profession have in this are and I learned quickly I had to become an ‘Expert Patient’. There have only been a handful of doctors I have ever met who knew what the different types of autonomic neuropathy were.

I moved to Bournemouth where I have had such amazing care from all the various hospital department and the district nurses. It was here I started suffering more symptoms from my SPC like pain, bleeding and discomfort. After my first cystoscopy since having the SPC for 7 years it was discovered the bladder was extremely small, damaged and a biopsy revealed the cells in the bladder had started to mutate. I was called into the office urgently and told I would have to have my bladder removed and an ileal conduit formed. Another word that seems to be more used by patients is a Urostomy. The surgery took place in 2015 I was 28, and I named this ostomy‘Squirt’ after causing havoc when the stoma nurse changed him! The surgery went well, but 10 days after surgery I contracted c-diff from another patient and become very poorly where I had sepsis, extremely high output of my Ileostomy, chest infection and the stoma stopped working so I had to have Total Perennial Nutrition (TPN) through my PICC line because I was unable to eat. However 3 months later I left the hospital, and I slowly saw what a blessing my urostomy was! I could wear a dress with my legs out for the first time in 7 years!

In January 2017 I started my blog Rocking2stomas.co.uk/blog, and I am one of the co-presenters in “The IBD and Ostomy Support Show” which is live every Thursday at 8 pm on YouTube. However, you can re-watch the episode at any time. The other ladies blogs are Crohnsfighting, Colitistoostomy and the Spooniemummy and the male ostomate who is also on the show called Steve blogs on facebook under BagDaddy.

Having both an Ileostomy and a urostomy I can see a HUGE difference in the online support and knowledge of urostomates. Over the last few years, something amazing has happened! Through the courage and strength of brave ostomates sharing their stories and fabulous pictures the stigma around ostomys has been challenged and the general public are more aware of them. However the majority of people and even some healthcare professionals still only believe that stomas are due to bowel problems. They are unaware of urostomies and that they contain urine due to urological disease, neurological conditions, birth defects or trauma.

Urostomates are like the middle child in the ostomy world! Unseen, underestimated and misunderstood they are not given the same amount of recognition as the other stoma types. Like a middle child we as urostomates must try a little harder to be heard. I feel we are doing this now and companies are recognising and engaging in urostomates more.

I would like to end saying my urostomy and ileostomy have given me far more than I could ever have imagined. They have saved my life, however, I have received so much more than that! I have a purpose again, a community I belong in, amazing friends that have ostomies, a career and most surprising my stomas have even given me a man! The other co-presenter on the You Tube show Steve who has an ileostomy has been my partner now for a year! So together we are rocking 3 stomas!!

In life, we try to plan our future, and this almost never happens how we would like it; however, I must say I am the happiest I have even been within myself and have learnt over time to accept my ostomies and to respect how miraculous my body is to get through what it has.