Courage to Shine™ is dedicated to the memories of:

Lisha Martinez of Park City, Utah and Adam Young of near Portland, Maine 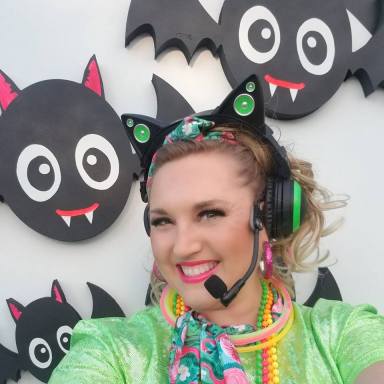 My name is Briten Douglas and I was born on October 27th in 1986 with bladder exstrophy.  That makes me 32 years old!

I say that very proudly because that also makes me a survivor for 32 years of a birth defect that has made me face death more than a handful of times, as well as presented me with challenges that most people could never imagine.  However, in the same breath, I wouldn’t trade this body for any other because it has faced so many odds and fought so many wars … and came out on the other side and won! When I came into this world, I had no bladder and my pelvis was not fully formed.  My legs dangled on either side and at first the doctors didn’t know the extent of the severity of my birth defect.  I was rushed immediately into surgery and my parents were given the unimaginable news that I may not survive due to the birth defect.  They were told that even if I did survive the surgery that I would never be able to walk and that I would live a compromised life. 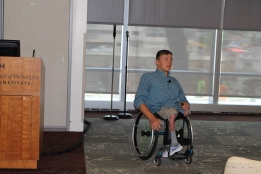 Spencer is a 16-year-old born with classic bladder exstrophy, cloacal exstrophy, spina birida, and many skeletal anomalies.  After the family was told Spencer would not survive to delivery, Spencer came into the world on June 21, 2000 in Spokane, Washington, weighing 4 pounds 12 ounces.  He was flown to Seattle Children’s Hospital in the early hours of June 22nd to see Doctor Grady and Doctor Mitchell. 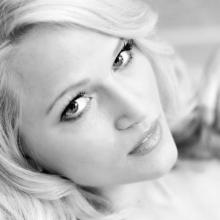 Brittney Nichole Freeman is a 27-year-old born with classic exstrophy. Born Brittney Nichole Godfrey on August 2nd,1988,  Brittney had her primary major reconstruction surgery at the Children’s Hospital of the University of Oklahoma in 2000, as a patient Dr. Bradley Kropp. He is, in her eyes, a miracle worker. She loves to proudly show off his handiwork in the form of her awesome belly button; that is also her cathing stoma.  She loves that she is able to catheterize, even if it can at times be very painful.  As a child she was constantly wet and wore pull ups until she met Dr. Kropp and his nurse Lori in 1999…

Read and view more about Tom Sylva at:

To nominate a worthy and inspirational story and/or person to be consider for the Courage to Shine – Role Model section:  Please e-mail us at contact@courage-to-shine.org and and make sure you include your contact information along and the contact information of the person/group you are nominating.  Also please include why you would like this person/group to be included as a Courage to Shine – Role Model, as well please include any video links or other online articles, that would support your reasons for your nominee.